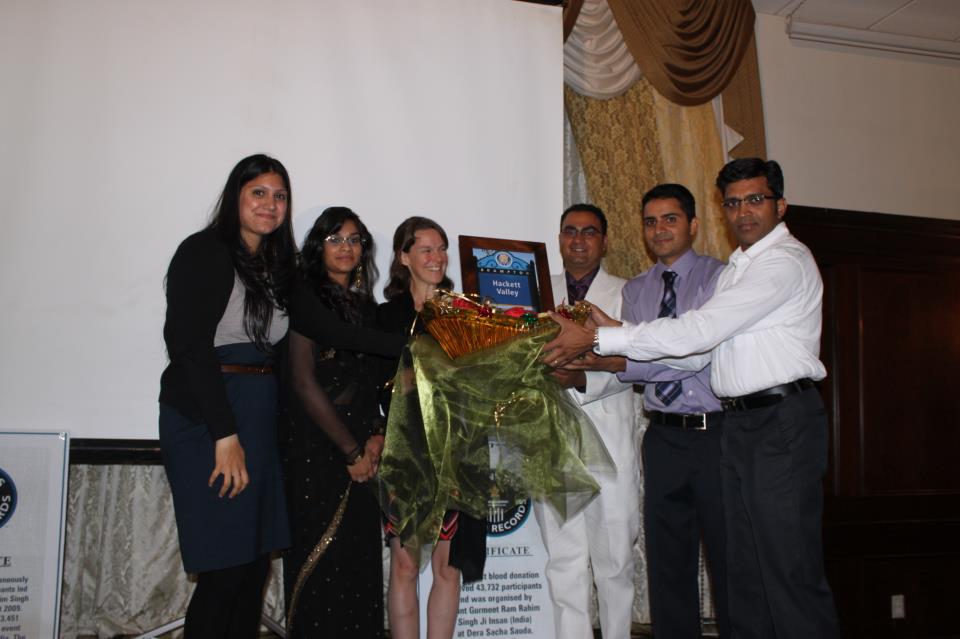 With the infinite blessings of Hazoor Pitaji ,Shah Satnam Ji Green ‘S’ Welfare Force Wing in Toronto ,Canada adopted a park in the City of Brampton. For the next two years ,Toronto Sadh sangat will be doing tree planting and clean up events in this park called Hackett Valley.On august 12 2012, there was an inauguration ceremony held where officials from City of Brampton and Toronto Region Conservation were present. A sign board has been set up in the park that says that this park is adopted by Shah Satnam Ji Green ‘S’ Welfare Force Wing .

One Hour, 20, 39,747 Plants and A World Record Again!!!
Sadh Sangat Pioneered in Tree Plantation in Abroad