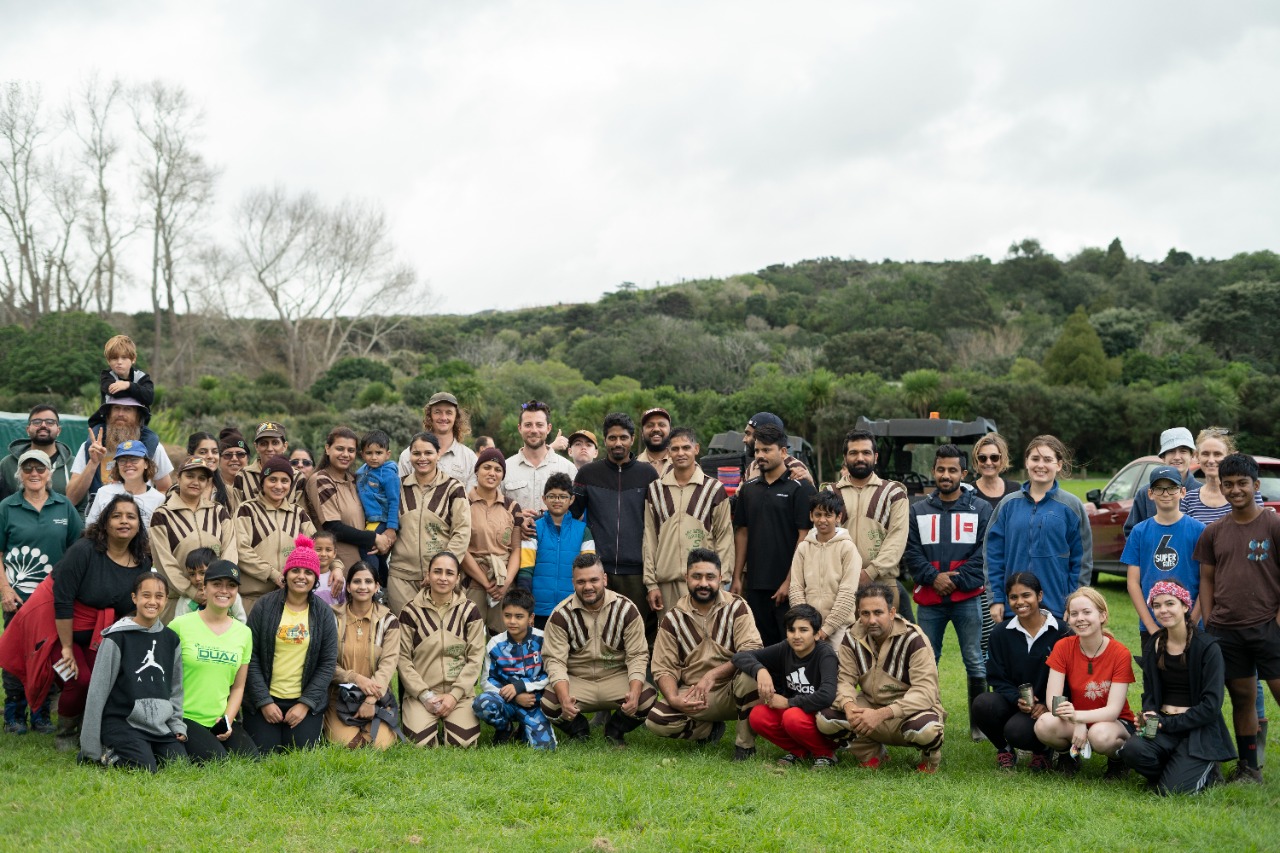 In a major display of zeal and devotion to serve the mother earth, the devotees of Dera Sacha Sauda and the members of Shah Satnam Ji Green S Welfare Wing planted 1000 trees in Auckland, New Zealand on 15th May.

It is worth noting that across New Zealand, tree plantation is conducted only in this season, as it is regarded to be the most favorable weather for plantation.

Every year the New Zealand Council, which takes care of forests and parks, releases the curriculum of tree plantation drive. This year too, a similar curriculum was released. Based on this official list of allotted days and time, the devotees of Dera Sacha Sauda plan their schedule and take out time to plant trees on the allotted days.

The tree plantation conducted on 15th May was the first one of this season and was conducted in the Long Bay Regional Park of North Auckland. On this occasion, 1000 trees were planted by the Dera Sacha Sauda followers living in Auckland.

The Park ranger commenced the program by giving safety instructions and other directions. Along with the native people of Auckland, the Shah Satnam Ji Welfare Force Wing Members also participated in this program. There unique Green S dress made them stand out. What was even more heartwarming to see was the participation of tiny tots and children in this great service of mother earth.

The drive lasted for 2 hours, after which everyone had the langar(food) prepared by the devotees of Dera Sacha Sauda. The followers said that this was just the beginning and that they would be participating in each and every drive that would be organized in this season.

Thanks to Saint Dr Gurmeet Ram Rahim Singh Ji Insan for the pious teachings and noble guidance, that has enabled millions to work towards the well being of everyone selflessly.