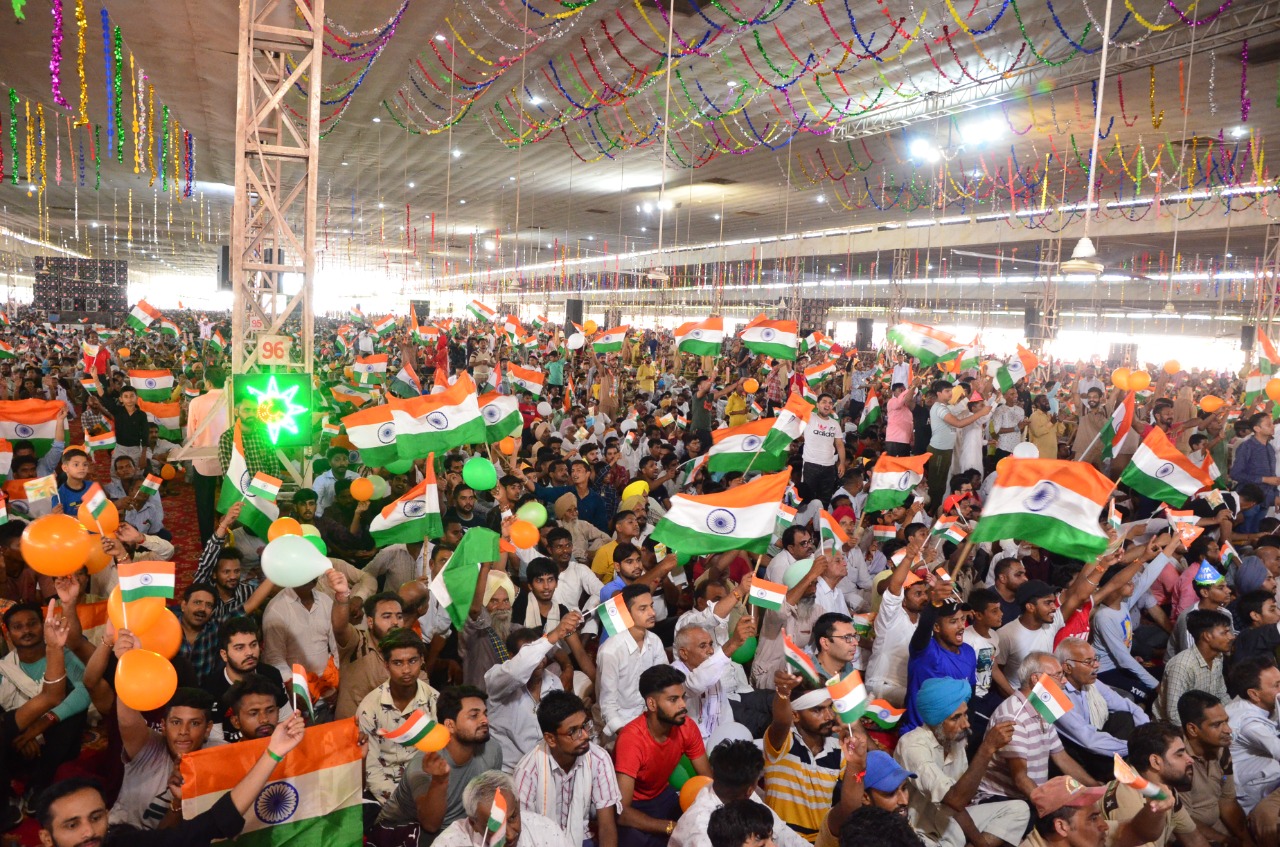 Dera Sacha Sauda volunteers are raising the eyebrows of the public with their selfless endeavors worldwide!

In the wake of people losing core humanitarian values, Saint Dr. Gurmeet Ram Rahim Singh Ji Insan is bringing forth many welfare works. With the vision to bring peace, remove hatred and thrive humanity in every heart, His Holiness is tirelessly putting efforts. It’s the aftermath of His peerless endeavors that today above 60 million people together work to help the needy with all their might. Humanity is their religion and they are worshiping it day & night by becoming life-saviors for the whole universe.

Imagining such courage, commitment and willingness is idiocy in this self-centric era. However, an exception to this, the volunteers of Shah Satnam Ji Green ‘S’ Welfare Force Wing are proving their mettle by changing these self-centric thoughts of society. They have been helping the needy in all possible ways by removing their pains, and sufferings and helping them in trouble by staking their own work & life.

This drastic change in the thoughts of millions of devotees is just because Saint Dr. MSG. Guruji is their trailblazer. Today, with His inspiration & guidance, Dera Sacha Sauda volunteers are working tirelessly toward rehabilitation and reuniting people with their true selves by igniting core values of being humans.

In the string of welfare works, His Holiness added three new pearls. These new welfare works are certainly the stepping stones towards the mission to save dying humanity in the hearts of people at large. Here’s the brief of these welfare works!

Saving animals and birds from starving to death

Food shortage is one of the prime reasons for the death of mute creatures. These animals and birds are either at the point of death or suffer hunger & malnutrition leading to their improper health. What other feasible way than responsibly feeding them on a regular basis?

To save them, Saint Dr. Gurmeet Ram Rahim Singh Ji Insan brought forward a new and practical way. Initiated as 140th welfare work, His Holiness urged all to keep one roti (bread) aside solely for these creatures. Whenever one eats, every family member keeps one roti to feed these creatures, whether birds or animals.

It’s a simple yet impactful way to help these creatures and save them from starving.

Removing the stigma of ‘Dirty India’ by installing mobile toilets

A systematic approach is indeed required to remove the ‘Dirty India’ stigma from India. Though His Holiness has already begun many welfare works in the same regard including cleanliness campaigns, the problem of open defecation needs to be redressed seriously.

To get rid of this problem, 141st welfare work indicates installing mobile toilets on long highways and public places. It’s a major problem that our people don’t have access to toilets and most of them are bound for defecation in open.

For them, these mobile toilets will be highly beneficial. Their proper maintenance will be done so that none of the people face any sort of problem. Also, it will be admirably helpful in removing the ‘Dirty’ title from our beautiful country India.

It goes without saying that Saint Dr. Gurmeet Ram Rahim Singh Ji Insan is making the impossible possible and manifesting patriotism in infinite ways. These mobile toilets will be helpful for the general public who find themselves hapless on long highways when they don’t get toilets for defecation purposes.

Indian Flag- Our Dignity Our Pride

Raising the dignity of the Indian flag and igniting values of patriotism in every heart, Saint Dr. MSG initiated the 142nd welfare work. Under this, every follower will place the Indian Flag in their homes.

It’s surely a fruitful way of raising commitment and dedication toward the nation. By hoisting the flag on the homes keep on reminding everyone about their duties towards our country and raise the level of respect beyond bounds.

Besides deepening the connection with the nation, His Holiness is igniting core values supporting humanity in every heart. He has initiated these 142 welfare works to boost humanitarianism and bring a revolutionary change in society and its so-called self-centric thoughts.

In its aftermath, millions are following the footsteps of Guruji and raising the eyebrows of the public by expressing their selfless endeavors.

Under this welfare work, the volunteers visit old age homes to extend help and warmth of their love to orphan senior citizens. This small effort is bringing hope to their lives and they are now assured that these children will take care of them come what may.

The welfare of mankind has barely even started, will go a long way!

Going with the vision of Saint Dr. MSG, these 142 welfare works are just beginning to make this world a better place. His vision is beyond the edge and also its results amaze the people at large. Tree plantation initiated almost two decades ago has not just saved the world from calamities but also has navigated the path of many socialists who are taking this initiative seriously and working towards saving our mother earth.

Besides, all other initiatives have been begun with a set agenda to save the world with selfless love, patience, care, and support. We are truly very obliged for having His Holiness as our leader, under whose guidance volunteers are performing many noble works. It all His benevolence and teachings, as a result of which, today lakhs of people have surety of having food, clothes, books, toys, have surety that there are life-saviors who will donate their blood to save their lives and risk own lives during natural calamities but save them at any cost. We are proud on having Guruji as our true mentor and spiritual master who is leading our pathways in the best manner.