2nd Cleanliness Drive within a Week at Brampton, Canada 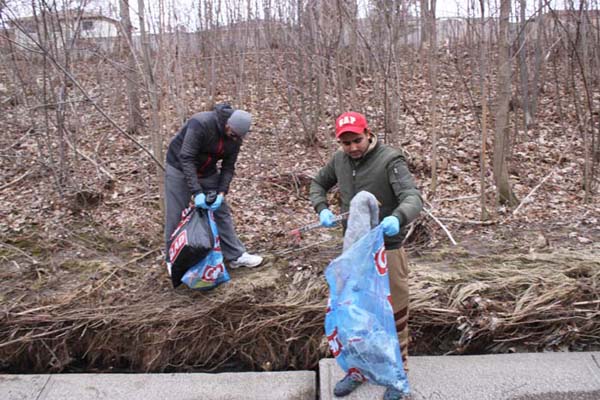 With the abound Blessings of Reverend Saint Gurmeet Ram Rahim Singh Ji Insan, the Volunteers of Dera Sacha Sauda and the members of its Green ‘S’ Welfare Force Wing residing at Toronto, Canada are  actively engaged in keeping their City Parks and Recreational Areas clean.

These extremely motivated and tireless volunteers, removed litter from playgrounds and banks of the water stream at Clark Park. Contrary to the image of Dirty Indians, these volunteers are not only keeping their neighborhoods clean, but also removing the filth and garbage thrown around by the visitors to these parks, making their Country and Guruji proud!

These self-driven volunteers braved the cold and windy weather conditions while carrying out such a gigantic task, and still accumulated more than 20 bags of garbage.

Not only garbage, they were amused to discover two shopping carts thrown into the small stream there, and pulled them out too.

Now onward, these cleanup events would be held every year, as requested by City of Brampton Parks and Recreation Department.